Pawan Kalyan recenr released flick has received a massive response on its opening day and second day. As per early trends show that the movie has collected over Rs 48 crore worldwide box office collection on the first day. Pawan kalyan Katamarayudu in Telugu States has collected 23.05 Cr on first day and 22 crore on  second day. This is 2nd biggest opening for any movie in Telugu states behind Khaidi No 150 which had collected a distributor share of 23.28 Cr. The film got released in 300 screens in North America on 23rd Thursday. The debut indicate collections cross $615,853 that is Rs 4.10 Cr in Indian cash. It is a major collection in abroad.

The movie is running with more than 40% occupancy at the box office and collected very good bucks for the makers. People who are coming out to watch this movie are saying the good word of mouth for it. Also, the screenplay is getting a good response by the people along with acting. 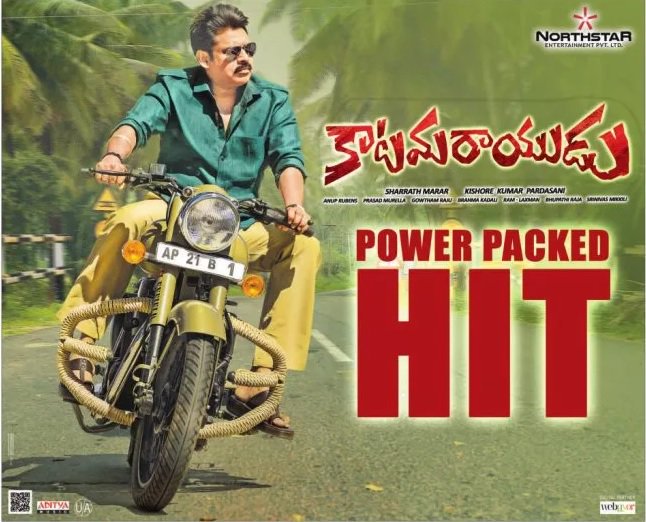 With no major competition at the box office for at least next three weeks, Katamarayudu is predicted to set a new benchmark for films of other Tollywood actors this year.